Today  I was fishing with a flounder fishing legend Dr. Gary L. on the Double Touch. It was a beautiful morning, would have been even better had I remembered the high-test bug spray. His customized flounder rig and jigging style has added  numerous giant  (10 pound plus ) back bay flounder to his credit . He has also won an impressive number of flounder tournaments including back to back first place wins at the Grassy Sound Marina tournament.  Today’s scouting mission was successful,  three summer  flounder  were boated and released, along with two short striped bass.

The high hook for weakfish this season so far has 30 weakies. His heaviest is 7 pounds, the average size is about 4.5 pounds. The bite window is small, but they are being caught throughout  Cape May County. 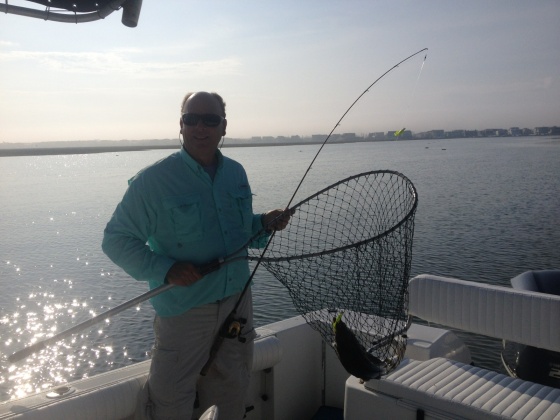