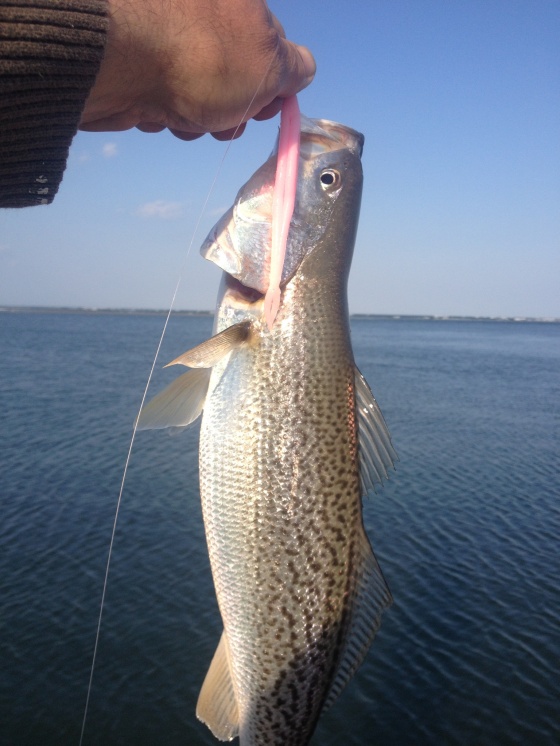 One of a few I caught today

Most of the weakfish were around 5 pounds with the biggest weighing in at  7.1 pounds  at the spot I was fishing  today.  The striper fishing broke wide open today on the ocean beaches of Cape May County. Many  fishermen limited out on stripers and most had black drum mixed in.  The Delaware Bay side was on fire also with some  30 pound class fish being caught on black bombers from the beach. Bluefish were caught in the same area also. It has been many years since I have seen fishermen lined up fishing for weakfish like they were today. 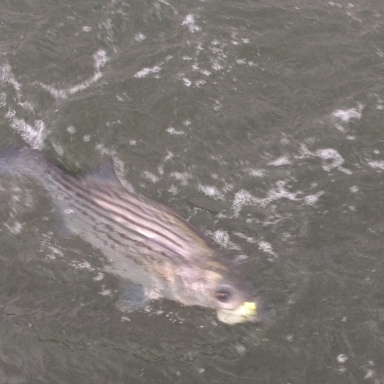